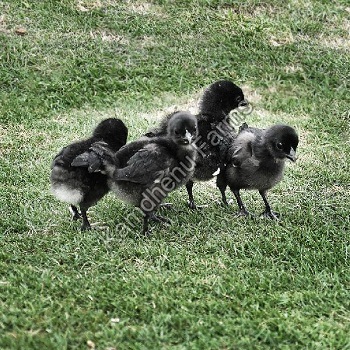 The Kadaknath variety is well-liked for its good taste in meat production. It holds black legs, a black comb, a black beak, black toenails, and black colour meat and bones. It has light brown colour eggs; the slate-like colour of feet, toes, purple tongue, shanks, and beak, the intense black pattern is noticed in the internal organs.Origin of the Kadaknath chicks and how it’s different from other chicks

It is an inborn bird of Madhya Pradesh, reared mostly by the tribal communities of Bhil and Bhilala. It is mostly found in zed black colure.The bird is very famous among the Adivasis mostly due to its adaptability to the local environment, disease resistance, tasty meat quality, texture and flavor. Yet the flesh of this breed is black, it is measured not only a delicacy of distinctive taste but also of medicinal value.Health benefits of the kadaknath chicks

Due to the existence of antioxidant properties in black chicken, then it is helpful to promote body functions. One of them is to defend the eyesight. It has shown that antioxidant takes part in stopping the risks of macular degeneration. Indeed, it helps the healthy vision as well.Source of Protein

Many people are conscious of what kinds of food they have to consume. In this case, most of them try to evade foods that have a good amount of cholesterol. As the significance, black chicken can be a great option for you. It is identified that black chicken has a lower cholesterol level compared to white chicken.Promotes Heart Health

Due to the existence of iron and another type of minerals in black chicken, then it is helpful to encourage heart health. As the iron and other minerals work together to stop the blood clot, then it will cut the dangers of heart problems.Qualities of the Kadaknath Chicks Suppliers in India

This entry was posted on October, 26, 2021 at 18 : 13 pm and is filed under Kadaknath Chicks. You can follow any responses to this entry through the RSS 2.0 feed. You can leave a response from your own site.